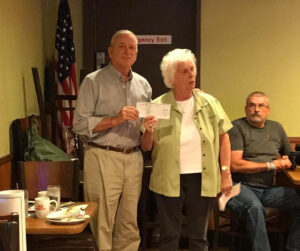 During this campaign, the SWVF received $2,745 in donations, qualifying for the maximum match from Modern Woodmen. This brings the total raised for Veteran Suicide Prevention to over $20,000! As a result of this campaign’s success, the SWVF will solicit applications in June for another round of Veteran Suicide Prevention Grants. They have already awarded $12,000 in grants to local non-profit organizations with successful programs in place to address the epidemic of Veteran suicides.

While this specific “matching funds campaign”is over, the critical need has not gone away. If you would like to make a charitable donation to the SWVF Veterans Suicide Campaign Fund—or any of its other charitable programs–you can do so:

On behalf of the Veterans and their families who will ultimately benefit from the generosity of our donors and the Modern Woodmen Foundation, we thank you